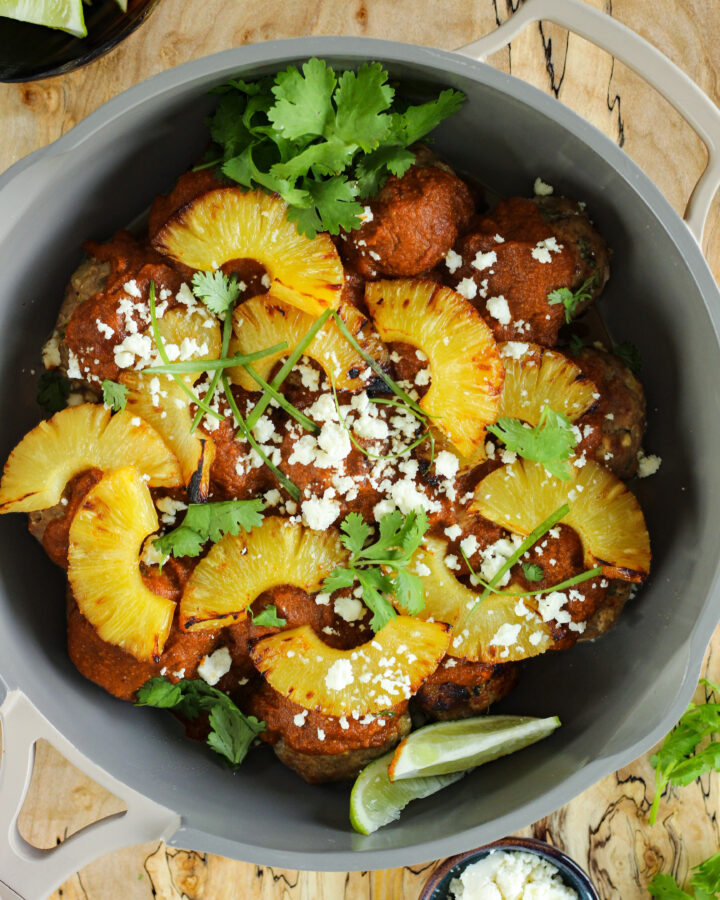 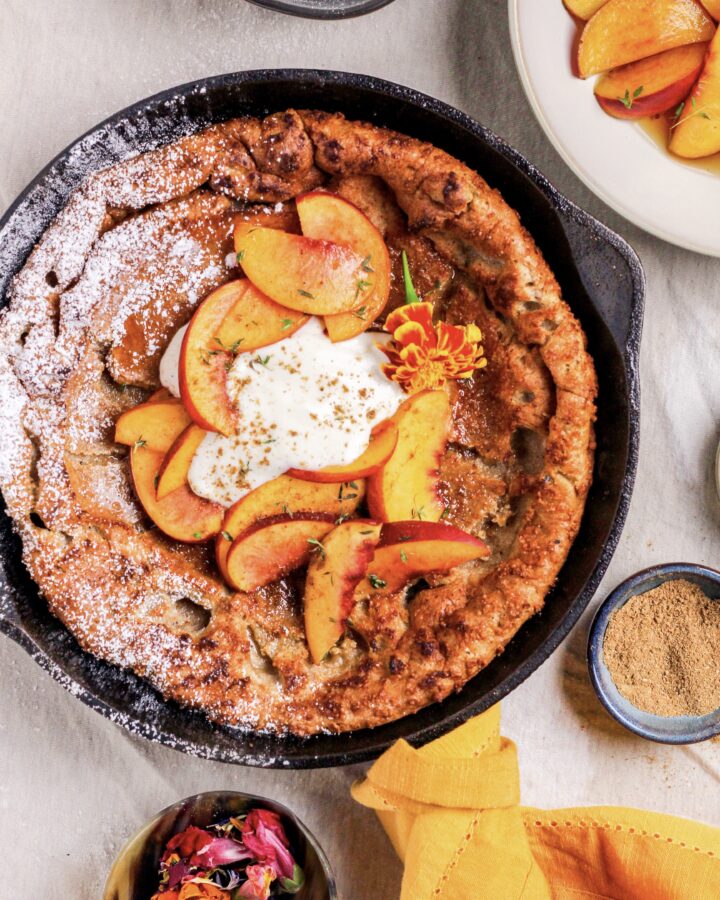 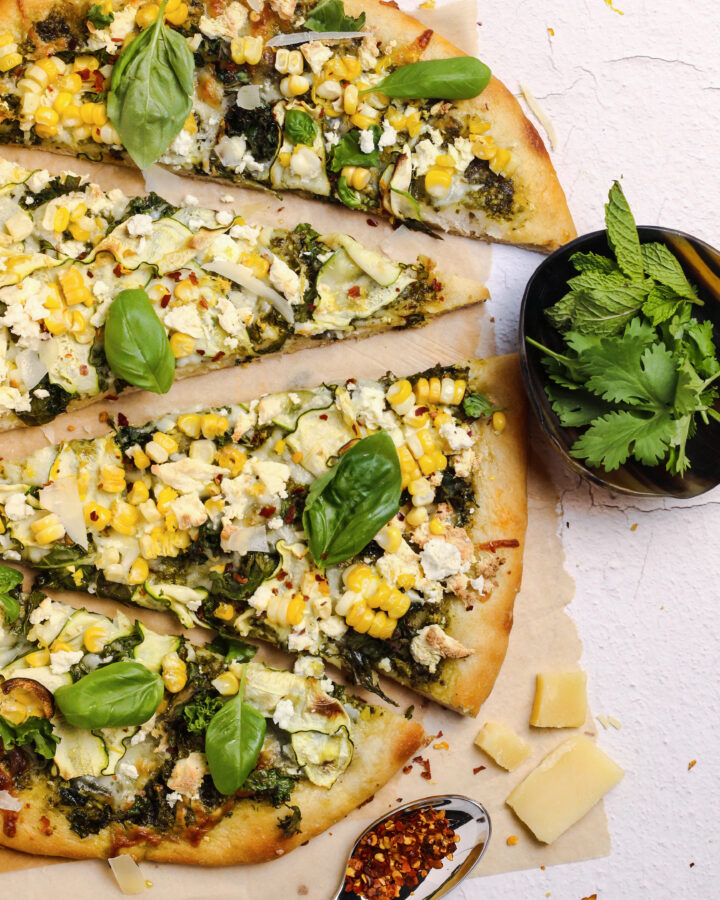 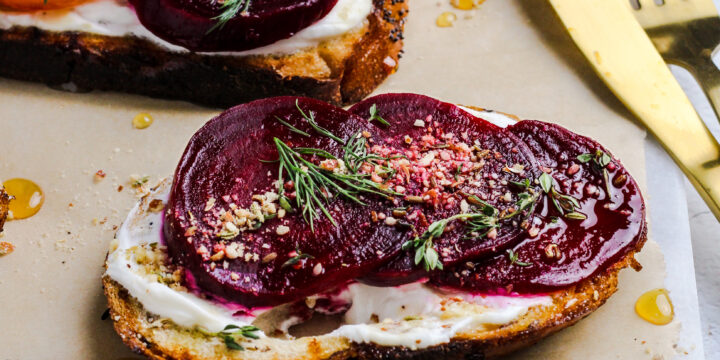 Move over avocado toast…there’s a new sheriff in town! Okay, enough with the corny jokes. Seriously though, this roasted beet toast with almond dukkah is just too good. I crave it way more than avocado toast, and I love avocado toast! I use really good quality bread for these toasts. Top the bread with a Greek yogurt and goat cheese spread, perfectly roasted beets, almond dukkah, fresh herbs, and honey.

This crostini (or toast) makes for a really delicious lunch, light dinner, and a great app to serve guests. I love it for all seasons since beets are typically available year round, but it’s the best from Summer to Fall when beets are at their peak. This recipe was posted on my Instagram back in January, and I held off on creating a post because I wanted different photos. Well, instead of getting six beets in my grocery order I received SIX POUNDS! The perfect excuse to make and photograph Roasted Beet Crostini with Almond Dukkah.

Let’s move on to these beets. I wasn’t always a fan of beets, but about 10 years ago I had this beet salad from a restaurant here in Chicago called The Purple Pig. Their salt roasted beet salad with whipped goat cheese and crushed pistachios was delightful! I would get it every time I went there, and recommended to everyone else! I guess you can say this recipe is an ode to The Purple Pig.

Beets…yes, they are healthy! Beets are full of nutrients like folate, manganese, and iron. I love that they are great in savory dishes, but also work well in sweet dishes. You can use beets in smoothies, cakes, and even ice cream. Crazy, right!

For the most part I roast my beets in the oven. When I prepare them this way I like to peel the skins first. I find this method easiest, and not as messy. Wash the beets to get rid of any dirt, trim the roots and stems, then peel the skin using a vegetable peeler. Place the beets in a deep baking tray, toss them with salt and olive oil, then cover the tray tightly with foil. The beets will bake at 400 degrees for about 45 minutes. You can add herbs in with the beets if you’d like, but with this recipe it’s not necessary.

You can also cook beets in the Instant Pot. If using a multi-cooker like the Instant Pot I don’t peel the beets first, but I do wash them and trim the stems and roots. Depending on the size of your beets you will cook them on high pressure for 12-18 minutes (12 minutes for small beets, and 18 minutes for large beets). I use the trivet that comes with the Instant Pot to stack the beets, and add 1 cup of water to the steel liner. You can quick release the pressure after the Instant Pot beeps to indicate that it is done cooking the beets. Test the beets for doneness using a knife. They are done if the knife slides right in. If there is resistance, and the beets are not tender cook them for 2 minutes longer. 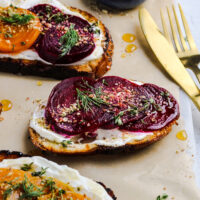 Have you heard of dukkah? It definitely isn’t as popular as let’s say…everything bagel seasoning, but it packs a (flavor) punch!  So what is it? Dukkah is a Middle Eastern condiment made from a mixture of herbs, nuts, seeds, and spices. Typically, dukkah is used as a dip with bread or fresh vegetables. I love how dukkah adds a warmth from the spices, and so much texture from the nuts and seeds. It’s customizable too! I made my version of dukkah from thing ingredients I already had in my pantry so feel free to swap out a thing or two.

As a food lover and cook it is so important for me to know where my food comes from. Especially because I cook for people that I love…my husband, son, brother, sister, parents, friends, and even sometimes for people that I’ve just been acquainted with. Recently I partnered with Illinois Farm Families to raise awareness…

END_OF_DOCUMENT_TOKEN_TO_BE_REPLACED

We are in the transition from Summer to Fall. It’s bittersweet really. I find myself forgetting a coat some mornings when I head outside, but the crisp Autumn air is glorious! It’s really the perfect time to make this Chai Spiced Dutch Baby Pancake with Marinated Peaches. It’s a quick and delicious breakfast or brunch…

END_OF_DOCUMENT_TOKEN_TO_BE_REPLACED 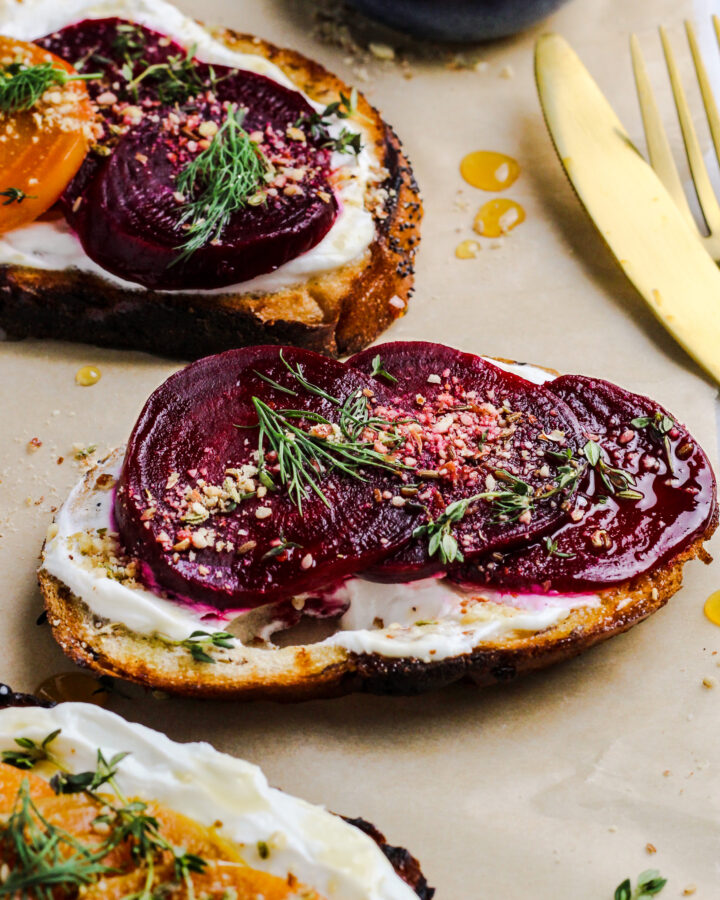 Move over avocado toast…there’s a new sheriff in town! Okay, enough with the corny jokes. Seriously though, this roasted beet toast with almond dukkah is just too good. I crave it way more than avocado toast, and I love avocado toast! I use really good quality bread for these toasts. Top the bread with a…

END_OF_DOCUMENT_TOKEN_TO_BE_REPLACED 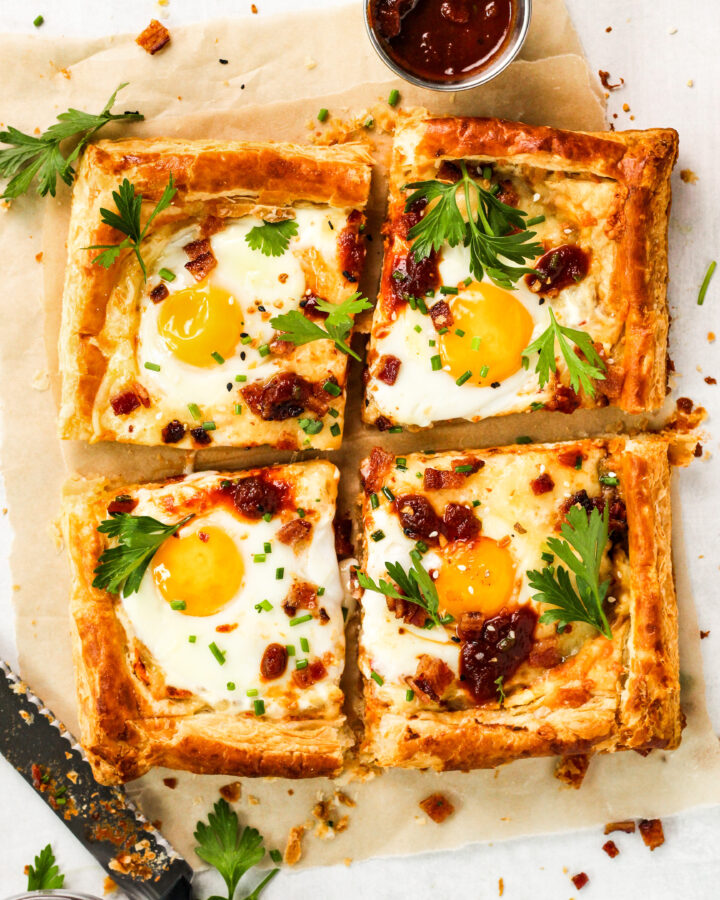 There’s a great debate on eating ketchup with eggs. Seriously, no joke….I’ve seen the Reddit forums. You will never catch me putting ketchup anywhere near my eggs. Until now! Introducing Maya Kaimal’s Spicy Ketchup. Her version of ketchup is seriously delicious. It reminds me of chutney… spicy from hot chilies, a touch brown sugar, a…

END_OF_DOCUMENT_TOKEN_TO_BE_REPLACED

We are celebrating St. Patrick's Day a little diff

"A women in any form shall be celebrated and honor

Just go ahead and save this post because these BBQ

This snow day calls for a huge serving of Madhur J

I love making my Curried Cauliflower Soup in Janua

Error: API requests are being delayed for this account. New posts will not be retrieved. 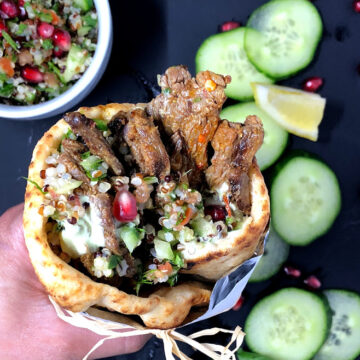 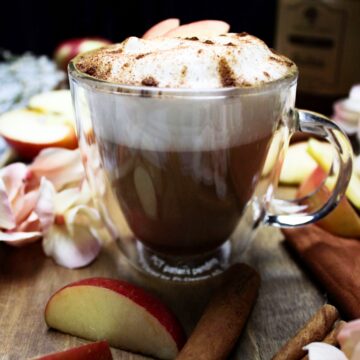 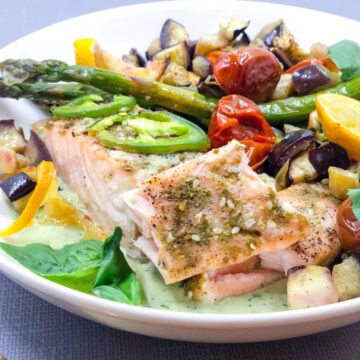