I know a lot of you are huge fans of Indian food, and love when I make my simpler and definitely quicker versions of classic recipes! Keema naan or keema paratha isn’t a classic per se, but a blend of two classic (and delicious) dishes! Keema is ground meat flavored with really bold spices. It can be made with more gravy to eat with rice and traditional naan, or served as a less saucy version. Here I’ve made a dry keema using ground beef and used pizza dough to make a stuffed naan that is perfect for a snack and hearty enough for a meal.

I chose prepared pizza dough for this recipe because it is easy to find at the grocery store, or you can even pick up prepared dough from your local pizzeria! The pizza dough offers a nice chew that you get from naan, and it isn’t as rich and heavy as a puff pastry for example since it doesn’t contain butter. You can definitely use a puff pastry dough for a more flaky naan (paratha), or use a version of dough that best suits your diet (i.e. gluten-free, low-carb). The texture won’t be the same as with pizza dough, but I think it will be just as tasty! If you don’t have garam masala you can use a blend of cumin powder, coriander powder, chili powder, black pepper, and all spice. 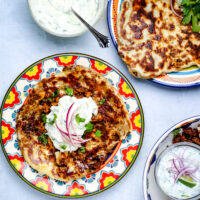 This recipe is sponsored by Pre Beef which is 100% grass fed and finished beef that is pasture raised without added hormones or antibiotics. Use the store locator to find Pre Beef near you! 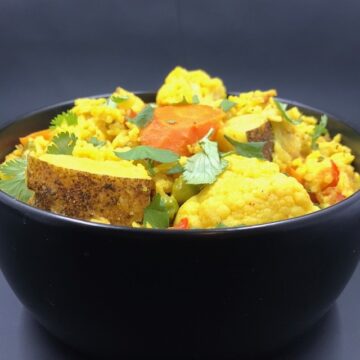 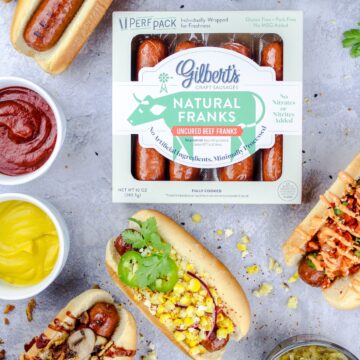 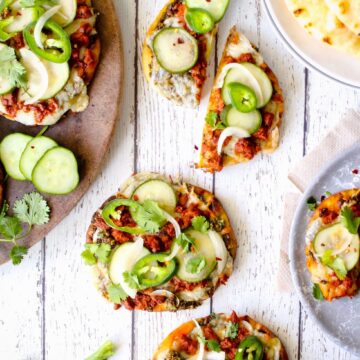